Parse and who can you trust?

On Thursday, Facebook dropped a bomb. They announced that they were shutting down Parse, the Mobile Backend-as-a-Service (MBaaS) platform that they acquired in 2013.

Parse is one of brainCloud’s competitors, and arguably the biggest and most established player in the BaaS industry. Even so, brainCloud doesn’t run up against them that much because we have a richer, more specialized featureset that works better for our customer base.

In the wake of this event, it is inevitable that people are asking “What happened?” and “How can we trust any BaaS to build our business upon”. To that end, I thought I’d put together a few thoughts.

Why was Parse shut down?

The internet is a-buzz with comments that the business must have been failing.

I don’t buy that. The business case for the Backend-as-a-Service market is very strong, and Parse had a good product for the space they were aimed at. By all accounts, they had plenty of customers and an overall strong business. So why close it?

The answer is that Parse no longer aligned with the goals of it’s parent company, Facebook.

At the time that Parse was acquired, Facebook was floundering. They had recently IPO’d, but hadn’t figured out their mobile and advertising strategy. The stock was down, revenues were down – and they made a series of acquisitions hoping to strengthen and diversify their portfolio. Parse, well positioned as a platform for enabling mobile apps, seemed like a smart play to help them build up their mobile presence. And I’d say it was.

But now, almost three years later, things have changed. Facebook has totally turned it’s ship around. It is now a juggernaught in mobile, has advertising sales through the roof, and is more focused than ever on building out its core product. In managing everything it is doing, Facebook needs to continually ask itself: “Is <x> strategic to our overall success?”

And I think that’s where Parse failed the test. Parse’s business was probably $50-$100M per year. Healthy, for sure – heck, we’d take it! But that’s just a drop in the bucket to Facebook (less than 1% of revenue!), which will net close to $20B this year. And yet, I’ll bet that division had some of Facebook’s best engineers!

And that’s what it comes down to – Facebook said as much in their blog post. They are going to “focus their resources elsewhere.” I don’t think this is the normal generic excuse that a company makes when they announce bad news – in this case, I believe that it is very literally what they are doing.

Who can you trust?

In the wake of the Parse shut-down, a lot of people will be wondering how they can put their trust in any Backend-as-a-Service. After all, a ton of people probably chose Parse specifically because it was run by Facebook – a huge, incredibly successful organization, that was guaranteed to be around for years to come.

Here is my suggestion on the evaluation criteria to consider:

Given this critera, how does brainCloud rate?

And there you have it – my take on Parse, and how bitHeads and brainCloud rate as a Backend-as-a-Server that you can trust. To our brainCloud customers today, thanks a bunch – rest assured, we are in this for the long haul.

And if this is your first exposure to brainCloud, please sign up and take a look for free. If you take a good look at our features and tools, we think you’ll realize the power of the system we’ve developed, and the passion of the folks building it.

Oh – and if you are looking to move from Parse, please check out this survey. Filling it out will help us to prioritize the tools and support processes that we’re developing to assist Parse migration.

(PS – And for all you Parse-based folks looking to move, feel free to reach out. Our services teams would be happy to help you move over to our platform!)

We hope the holidays were good to everyone. The brainCloud team took a few days to relax and regroup with family, and now we’re back at it.  Release 2.20.0 delivers some key customer-requested features, and sets the stage for a bunch more.

Without further ado, here’s what we’ve got. 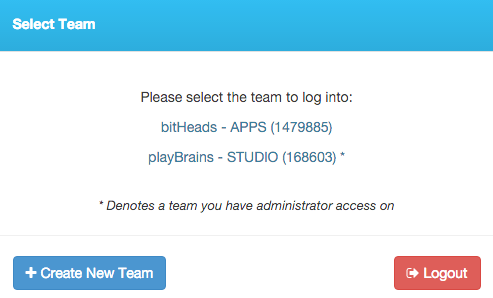