We’ve got a doozy of a release for you heading into the Summer Holidays! 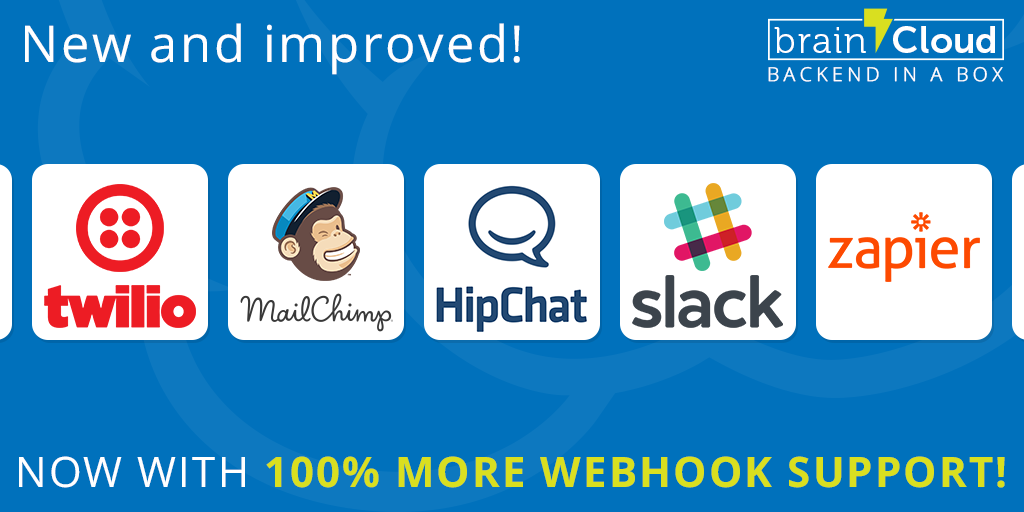 brainCloud now supports WebHooks! Which means it’s easier than ever to have your brainCloud app respond to events triggered from outside apps and services.

WebHooks are app-defined HTTP-callbacks that are triggered by events on another web service, and can be configured to invoke scripts in your app. The capabilities are similar to our Server-to-Server (S2S) interface, with the advantage that it is a more standardized mechanism, so tons of services already support it.

Setting up a WebHook integration is pretty simple:

Note – as with every external integration, we have to protect our servers from misuse. We have provided several mechanisms (server ip-validation and secret validation) to help your app confirm the identity of the service invoking the webhook. You should also ensure that your cloud script validates the validity of the incoming request.

[Note – we’ll be putting together a WebHooks tutorial in the next couple of days to better illustrate how they work.]

We have re-factored our file-handling services to enable significantly faster downloads. The executive summary is that now when the client attempts to download a file via the URLs that are returned from GetFileList(), GetUpdatedFiles(), and ListUserFiles() – it will automatically be redirected to a cached version of the file located on a Content Distribution Network (CDN) node that is closer to them geographically.

The hitch is that Unity doesn’t natively support redirection (currently), so this doesn’t transparently work for our Unity apps. But don’t worry, there are two simple solutions:

#1 – Directly request the CDN-cached version of the File Url via the new GetCDNURL() methods (there are separate similarly-named methods for custom files vs. user files)

#2 – Use the UniWeb ($25) plug-in, which *does* support redirection, to retrieve the files instead of the built-in Unity libraries

#3 – Turn it off. Support for this behaviour can be turned off using the elegantly named “Funnel Custom and User File retrieval through app servers (slower)” compatibility option. You’ll find the option under Design | Core App Info | Advanced Settings, in the Compatibility Settings section.

Note – for maximum compatibility, the compatility flag defaults to enabled (that is, slower, legacy-mode behavior) for all existing apps. If your app would benefit from this speed increase, be sure to go disable the legacy setting!

We have revised our Create() and Update() Entity APIs to be much more efficient – and have revised the Increment() APIs to bring them into greater alignment with the others.

The biggest change is that the Create() and Update() methods no longer return the full entity data upon success. Returning the fully rendered object originally *seemed* like a good idea – and certainly looks good in the API Explorer for small objects. But if you are an storing larger objects, returning all that data in the API response just eats up the data connection (and isn’t useful to the app, since it already knows the data that it sent!).

Not that although the Create() and Update() methods for Entities* (i.e. User Entities, Global Entities, Groups and Group Entities) no longer return the full object upon success, they do still return the object skeleton (or summary), which includes the entityId, entityType, version, etc. The diagram below should better illustrate the change. 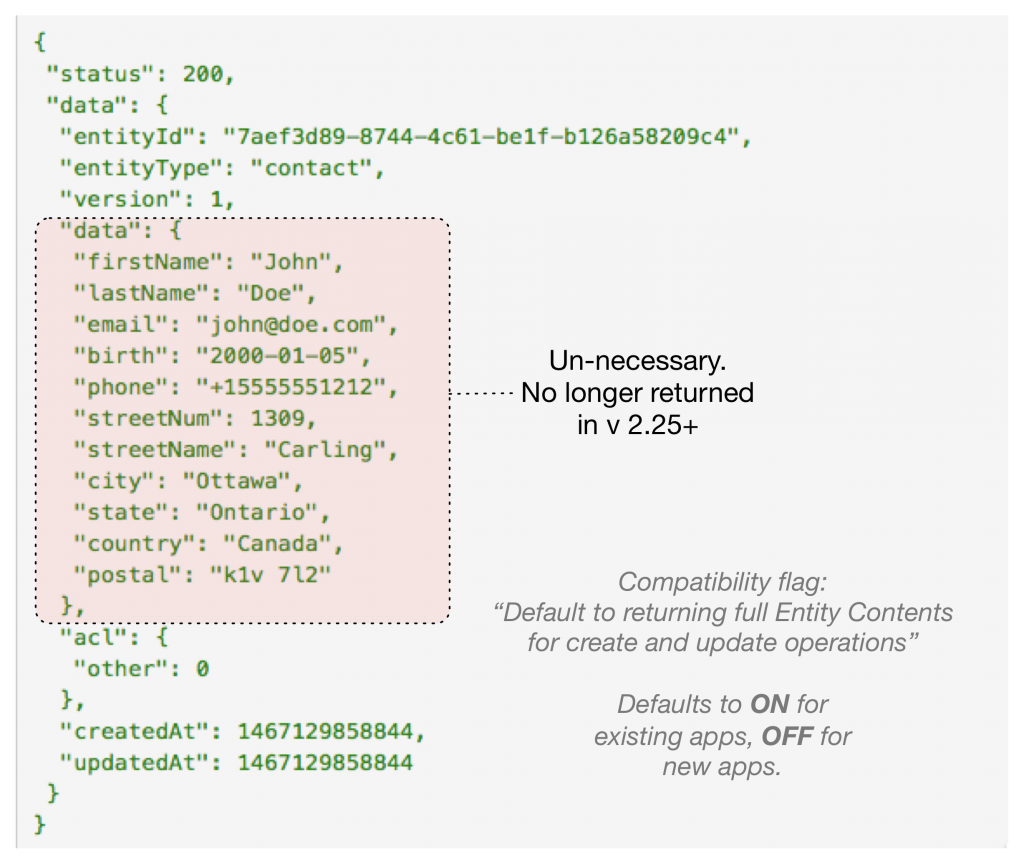 As always, we’ve added a new Compatibility Flag (“Default to returning full Entity contents for create and update operations”) to preserve the old behaviour if your app requires it. This flag defaults to ON for existing apps, and OFF for new apps moving forward.

Secondly, we’ve revised the new IncrementData() APIs to bring them into better alignment with the Create() and Update() methods. For example, like the methods above, IncrementUserEntityData(), will now return the full object skeleton upon success — with one addition – it will also return the updated balance of any fields that were incremented. 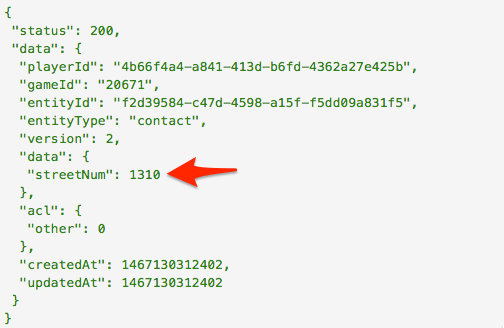 This new protocol was implemented by removing the old returnData parameter, which was a less optimal attempt to give the user control over what data is returned. The old method still works for apps using the 2.24 version of the libraries, but devs updating to 2.25+ will need to adjust their method calls accordingly.

We have also removed / deprecated the following methods: